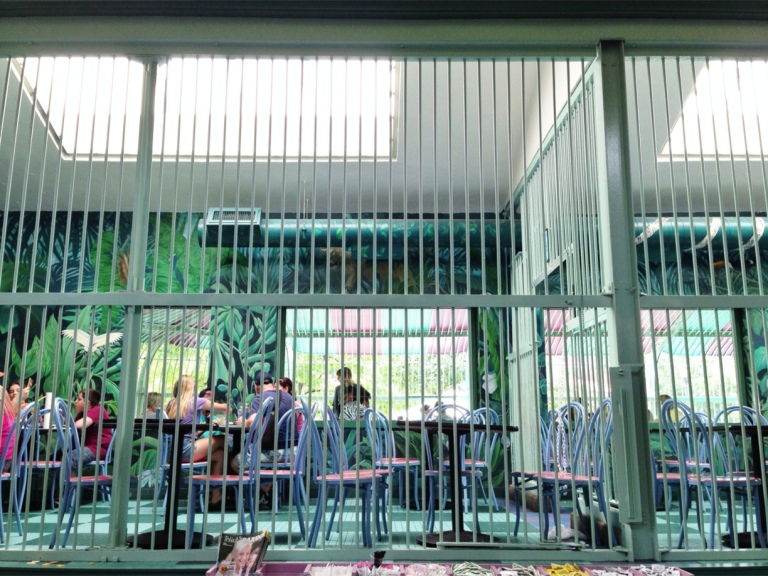 Toledo is a community that truly values its zoo, and that value is never better displayed than when the zoo’s tax levies come up for a vote every five years. When I worked there, the zoo had two tax levies, one for operational support and one for capital development. Tax support of zoos is quite common throughout the country, but the Ohio method of providing that support is a bit unusual, because the decision on whether to provide support is decided by the voters, not politicians. In Toledo, for example, the 1995 capital levy was for ten years and was projected to raise fifty-three million dollars. The tax levies were, in effect, referendums on the quality of life for the community’s zoo animals.

One of my first projects as Deputy Director of the Toledo zoo was a renovation project—the three-million-dollar Kingdom of the Apes area that opened in 1993. Toledo had an impressive collection of great apes that included chimpanzees, orangutans, and two families of gorillas. They lived in a symmetrical, rectangular, 1970s-era facility, with each of the four groups housed in a section that consisted of off-exhibit holding cages, a small indoor glass-fronted dayroom, and a slightly larger open-air, outdoor space with a concrete floor. No animals had access to grass. The renovation added an eighteen-thousand-square-foot outdoor gorilla meadow and a three-story indoor dayroom. The old outdoor spaces would have a tall, cage-structure added to increase the vertical space, and grass would be planted to replace the concrete floor. It was a remarkable transformation, both visually and from the standpoint of the animals’ quality of life.

Updating a twenty-year-old ape exhibit was satisfying, but what about the animal facilities that were more than half a century old? Some old buildings could simply be renovated because of the animals they contained. The 1934 era Reptile house, for example, underwent extensive updating and remodeling in the 1990s and reopened under the same name—the Reptile House. Standards for housing snakes and lizards had not changed much over the years.

The historic Aviary required more extensive modification to properly house a modern bird collection. The building, which originally opened in May 1937, was closed, gutted, and reopened as a “new” bird house in 1998. This project received a national award for excellence in live-animal display and exhibit design. But simple renovation of some animal buildings was not possible because they could not meet the modern standards for animal welfare. For these buildings, the Toledo Zoo took a more creative approach.

When the Kingdom of the Apes renovation was complete and the last animals were transferred to it from the old Carnivore building, we were faced with an enormous problem—what to do with this massive, historic landmark. Some zoos that were faced with a similar problem developed large outdoor yards adjacent to their old buildings and turned the outdated indoor exhibits into holding facilities. Other zoos converted the buildings to small animal facilities—which would lend an incongruous look to the word Carnivora etched above the entrance.

Toledo zoo designers took a more innovative approach and turned the liability of small, iron-barred cages into a spectacular asset. The Carnivora building was repurposed and opened in May 1993 as the Carnivore Café—the zoo’s signature restaurant. Bright colors and lush vegetation turned the oppressive atmosphere into a festive public space where people dined inside the old animal cages. Similarly, the old Elephant house next door was extensively remodeled and redecorated and turned into a striking meeting and rental facility called The Lodge.

Improvements were made in the museum, the aquarium, and the conservatory, but it soon became apparent that the Toledo zoo had run out of room to expand. If the zoo wanted to continue its legacy of creative animal exhibitry, it would have to adapt one again. But where would it find the space?

The Toledo zoo was land-locked—bordered on all sides by neighborhoods, a river, and a divided highway. Across the highway, the zoo had long-ago developed parking lots that were accessed under the highway through a pedestrian tunnel. The tunnel had no handicapped access, so strollers had to be carried down concrete steps and back up. The ceiling was so low that a tall person had to stoop over for the entire length of the walk. The only “redeeming” feature was a metal plate that covered a sump pit in the floor. Children took great delight in jumping on the metal plate and listening to the clanging echo in the tunnel.

The need to improve the tunnel had long been a desire, but when property became available on the other side of the highway for expanded parking, and the possibility of new zoo exhibits in the old parking lot became a reality, that desire became a priority. Instead of trying to improve the tunnel by boring under the highway, a plan was developed to take visitors over it. Instead of being invisible, the zoo access would be celebrated in dramatic fashion—a spectacular, iconic, handicapped accessible bridge was designed. This was accompanied by a new parking lot, a new entrance, and a gift shop.

We also had space to develop some new animal exhibits. For the first time in my tenure at the Toledo Zoo, we would not be renovating some aging, historic facility. We would have an empty canvas with which to begin. When we considered which animals were in the most desperate need of a new home, we settled on the polar bears and seals. Recreating an Arctic environment in the City of Toledo would prove to be our most challenging—and satisfying—task yet.

Next Week:      An Arctic Encounter